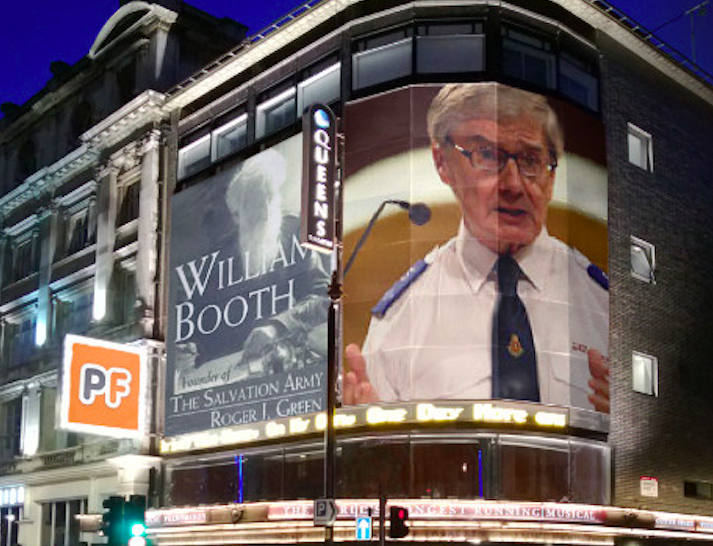 Roger Up and Buy Right  (“Straighten Up and Fly Right”)

1.
Roger took alumni for a ride in the air,
To see the holy land and taste the holy fare,
Alumni planned to sleep in a hostel bunk,
But Roger said “You’re gonna have to spend a chunk”—
To—

Upgrade up and fly right,
Five star up and stay right,
Humus up and dine right—
Cheap alumni, time to charge it up!

Ain’t no use in slummin’
Ain’t you got it comin?
Smarten up and shine right—
Gold is glistening on the Dome of Rock!

2.
Alumni said to Roger, “You’re bankrupting me.
At least my evenings will be free.”
Roger said, “You’ll need a private wailing wall:
I lecture every evening on John and Paul”—
So—

Romans up, gentile right,
Galatians up and faith right,
(Rev)-e-lation up and scry right—
No alumni shall be goofing off!

3.
Alumni said to Roger, “You’re a prize and a peach,
But here is some advice as you return to teach;
Your colleagues have approaches that you haven’t tried;
To be as good a prof as you’re a tourist guide
You’ll—

Ketchum up and pray right,
Whittet up, Lord’s Day right,
Wilson up, oy vey right,
Hang in, Roger—don’t you hang it up.

1.
G is for the grade you gave to me,
R is for the reams you made me read,
EE’s are each and every – exegetic query,
N is never knowing – where the heck your lecture’s going…

GREEN were all the lights that led to you,
GREEN is how I looked when I withdrew;
Drew has one less tenant—
Took my check, I’m sure you spent it—
GREEN is coloring me blue.

2.
G is for the games I played till 3,
R is for road trips to Biscayne Key,
EE’s are each and every – extra on my movie,
N is never knowing – what Netflix will next be showing…

GREEN’s the jealousy I felt for you,
GREEN—for each red letter word you knew;
New is my perspective—
Wish I’d chose a Hunt elective—
GREEN is yellow mixed with blue.

3.
G’s for graduation-minus-me,
R’s for my revised reality,
EE’s are every, every – existential worry,
N is still not knowing – when my tears will cease from flowing…

GREEN is all the cash I’ve given to you,
GREEN is how I was, an ingénue;
You wrecked my vocation
With your special revelation—
GREEN’s the color of adieu.
GREEN’s a murderer in Clue®.
GREEN is Roger mixed with blue!

Sacrament-able – in every way
“It’s what life is for!” – that’s what you’ll say

That’s why, Rog, it’s – bona-fide-able
That someone so – suit-and-tie-able
Still can be so – a-good-guy-able, too.

All those years of new syllábuses
All but you and Marv moved offices…
Creed-cred galore. We all know that you’re—

So dear-heart-able – as you would say
Learnéd, laudable – we hoped you’d stay

That’s why Roger – sweet-embraceable, you
have been so – run-good-race-able
And you are so – irreplaceable, too.

-SUNG FROM OUR TRUEST HEARTS BY THE VOCAL BAND AT A CELEBRATION MARKING ROGER’S  40+ YEAR TENURE AT (WHAT BECAME THE UNITED) COLLEGE—MAY 2, 2016.

VOCAL BAND MEMBERS WERE STEVE, NORM, SELF AND, RINGING THE CHANGES, OUR LOCAL “NOT KING COLE”—GRAEME.

He told me his name was Roger Green and he taught Philemon,
I said, “Don’t mind, but I’m here to flee your New Testament.”
I’m afraid
that my grade’s
going down.

Pupils always told me, be careful of a dude
Who goes around blessing young folks’ hearts. (Please.)

And roomies always told me, be careful choosing profs:
It wicked matters who – when the Testament is New, hey hey—

[chorus]
Roger Green is not that clever,
He’s just a guy who claims that Titus is fun,
But my scholarships are done.

[verse 2]
Spent forty days and forty nights with a study guide,
But who could stand his postponing of make-up exams?
Reading Day?
Far away:
Going down.

So take my strong advice: you do not want to take his course twice.
Don’t take twice! Not Green twice!

He said commit to your memory the synoptic three,
To which add John, and then master those letters Pauline.
All thirteen;
that’ll mean
going down.

Pupils always told me, be careful reading Jude
With someone who says, “Bless your hearts.” (Weird.)

I really, really need a permanent five-second break;
Can I minister to youth when I don’t like William Booth? No—

[chorus]
Roger Green is not that clever,
He’s just some guy who claims proof texting is dumb:
Isn’t that a heresy?

Roger Green goes on forever,
He tries and tries to claim John Wesley is fun…
Dude: the holiness moved on.

Candle lighting is fun:
“Surely” that goes when he’s gone…

LISTEN TO THIS HERE.